To win an Open Futurity Championship is special in itself, but to do it on a home-raised horse really makes the win even sweeter.

A Star Is Borne, who was raised on Rose Valley Ranch but now owned by Belle Terre Ranch, has always stood out to Michael Cooper because of her kind heart and willingness. Those characteristics helped her stay consistent throughout the go-rounds of the Cotton Stakes Futurity Open, and she and Michael closed out a successful show with a winning 222 in the finals! 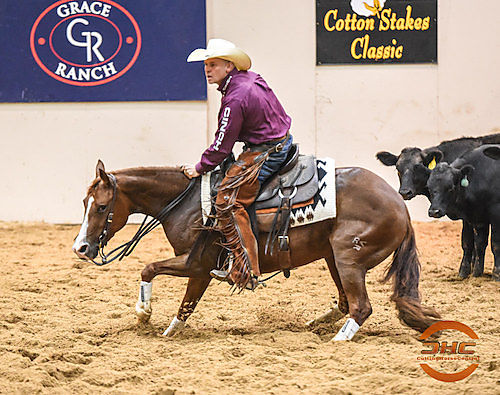 Michael Cooper & A Star Is Borne

They earned $10,100 for the Championship! A Star Is Borne is by Boon Too Suen and out of the special mare, Holly Is Smooth. Michael won the World on Holly Is Smooth in 2015, and a year later, Michael’s son Lane marked a 233 on the mare in the NYCHA Scholarship Cutting to become the Will Rogers Arena record holder!

Michael told us that he sees a lot of Holly Is Smooth’s cowy-ness and talent in A Star Is Borne, and we are all really looking forward to seeing what the future holds for this talented 3-year-old!

Michael Cooper & A Star Is Borne • Video by Karley Clearman

It is always really cool to see the Futurity horses during their first few runs, and the Cotton Stakes  so well early on in their career, and we congratulate all of the finalists!

Reserve Champion was Russ Westfall marking a 219 on Metallic Sweetness, owned by Jerry Rava. They earned $8,200 for the Reserve title. 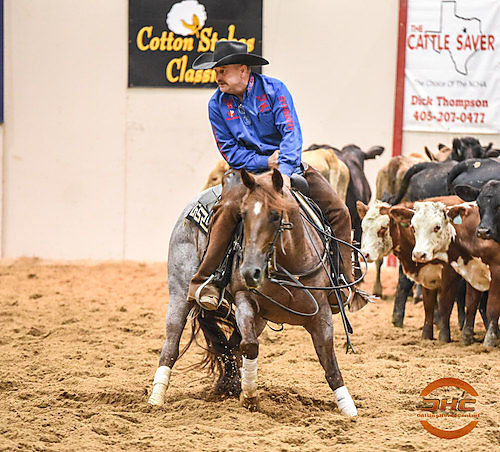 The Gelding Championship went to Smart Time Kat, owned by Jerry Durant, and Phil Hanson, who marked a 216 and earned $1,029.

Guy Woods stayed consistent and strong on Ich Travels Special throughout both rounds of the  Mid Level Open Futurity to top the group. 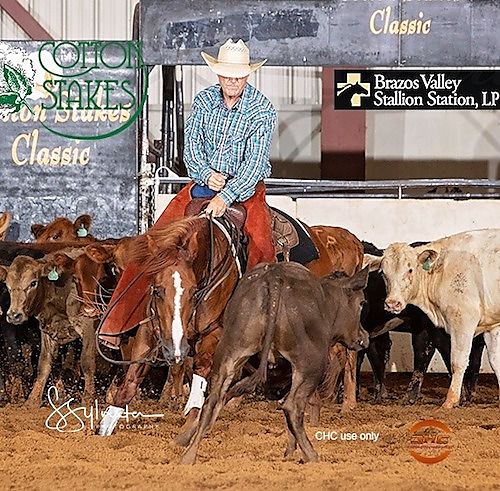 Christian Miller had the top combined total score in the Limited Open Futurity at the Cotton Stakes with a 433.5 riding Dirti Dancin owned by Scott Durham. 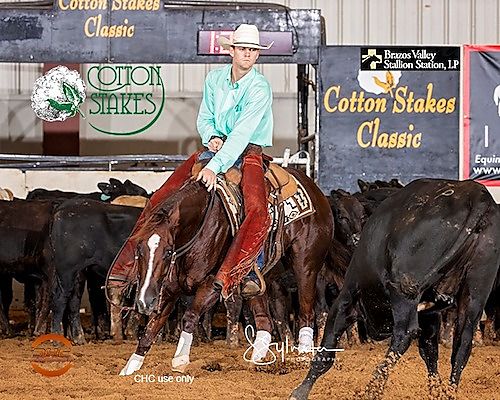 The champion of the Mid Level Open Derby at the Cotton Stakes was Ryan Moore riding Im Not Blu owned by Shadow B Ranch marking a 222. 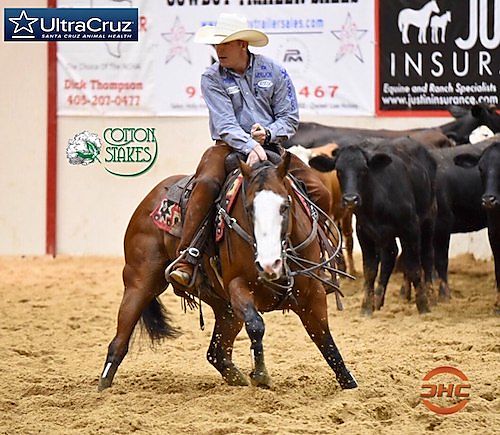 Their performance in the finals earned them a $4,000 paycheck to add to their earnings!

Dave Stewart was the Reserve Champion riding Autumn Sky with a score of 218, earning $3,000.

Congratulations to the Cotton Stakes Classic Non Pro Champion Madalyn Colgrove. She rode Sweet Baby Marie to a score of 219 for the win. 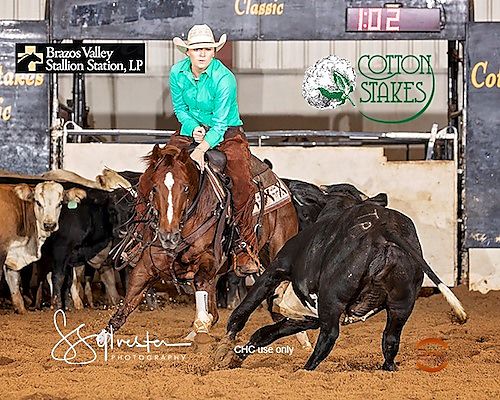 Reserve Champion was Carly Chiarelli who rode Olive Martini with a score of 217 for $4,821.

The Gelding Championship was awarded to Take It Eazee and James Vangilder, who marked a 215. The took home $1,235. 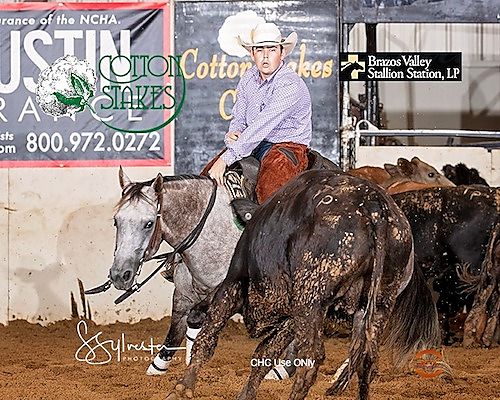 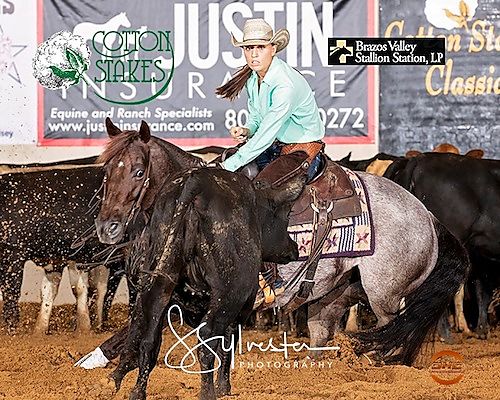 The 4YO Non Pro was Champion Ryder Carpenter who rode Flashn owned by Penny Carpenter to a 220.5 for the win and $5,853. 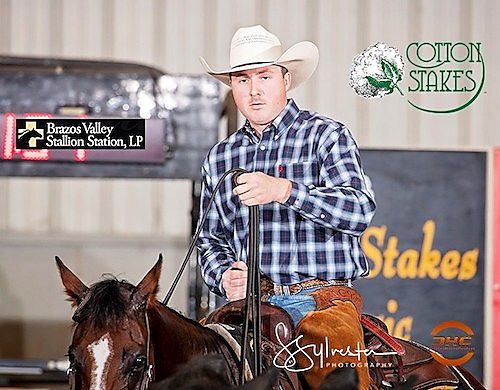 Cade Shepard and Barney Ross put together a solid 220 to take home the Reserve Championship and $4,676.

William Nix III marked a 213 aboard Southern Styles in the Derby Mid Level Non-Pro, and Section K Podcast’s own Kaden Rutherford also earned a 213 on Mexican Reydio for both teams to earn the Co-Championship! 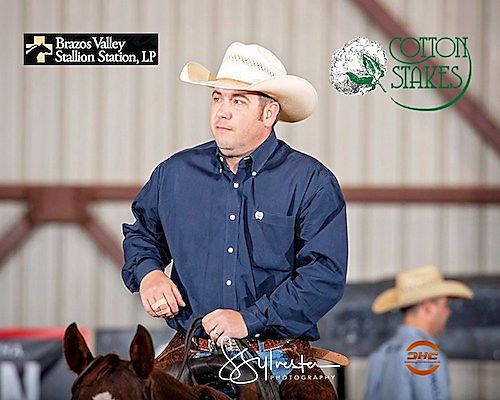 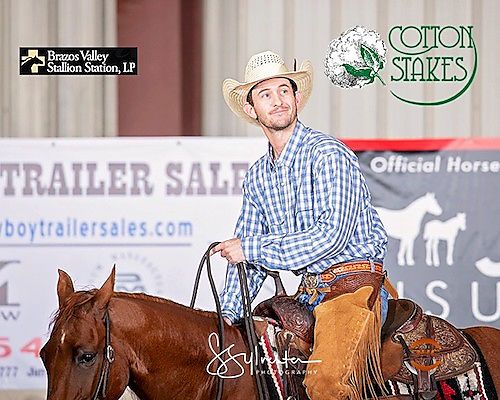 Play Like Bama carried owner Courteney Hollard to a 210 in the Derby Limited Non-Pro to pick up the Championship and $2,743. 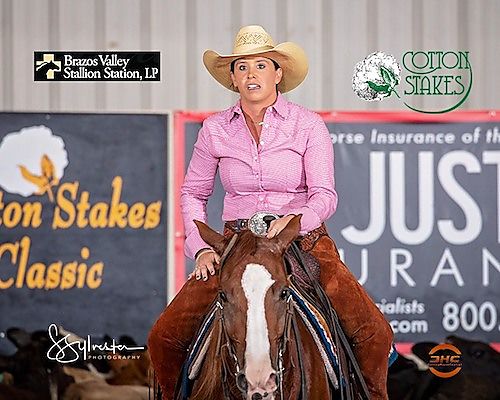 Ashley Galyean and Lourdes earned a 428 composite in the Futurity Non-Pro to earn the Championship and $4,249. 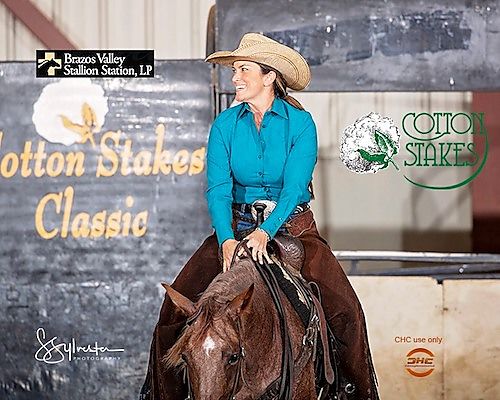 Ashley’s 428 also allowed her to clinch the Futurity Mid Level Non-Pro Championship and another $2,652.

Julie Beasley marked a 215 in the Derby Amateur aboard CR Dualin Out Tuff to earn the Championship and $3,379. 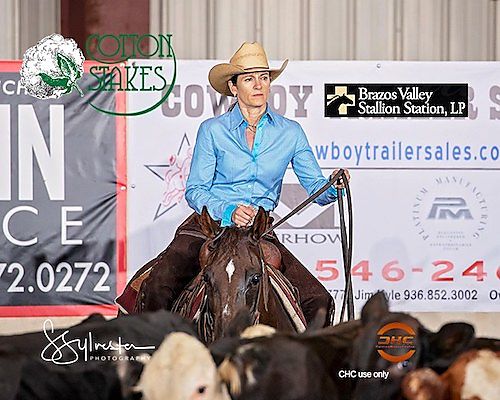 June McGee and Sweet Toothe were not far behind when they marked a 214.5 for the Reserve title, worth $2,986. They also earned the Gelding Championship for an additional $1,235.

James Vangilder and Soul Sista went home with the Senior Championship and $1,098 after marking a 210.

It turns out the Derby Mid Level Amateur was all about momentum, because Julie Beasley came off her win in the Derby Amateur to mark a big 219.5 on CR Dualin Out Tuff. 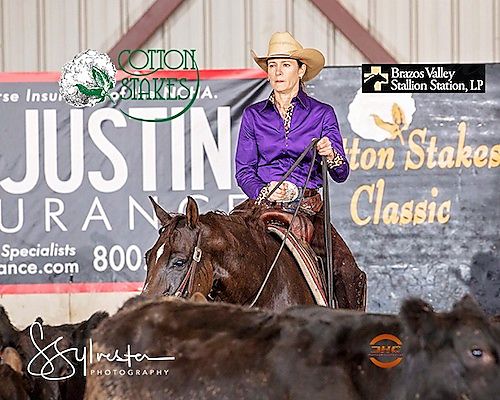 Kaden Rutherford also came off of his Co-Championship on Mexican Reydio in the Derby Mid-Level Non-Pro to mark a 219.5! 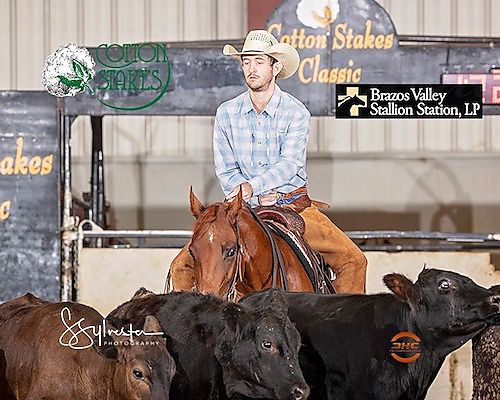 Both pair earned $3,055 for adding another win to their records!

The Co-Champion theme continued in the Derby Limited Amateur! Cindy Maubach marked a 216.5 on Something In Red and then Mindy Costello and Tuspot Shakur matched those marks, also earning a 216.5.

They both pocketed $1,267 to add to their records.

Stephanie Sheen had an impressive run aboard Metallic Alex during the Classic Amateur Finals when they marked a big 222 to claim the Championship and $4,622. They also clinched the Senior Championship for an additional $1,098. 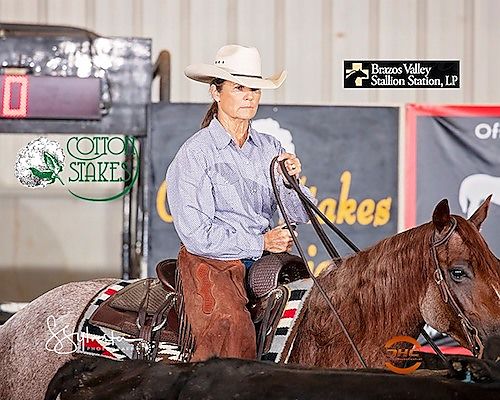 A 217 earned Taylor Worley and Blitzkat the Reserve Championship, worth $3,812. That score also earned them the Gelding title, worth $1,784.

Stephanie Sheen certainly had a great show at the Cotton Stakes, as she also marked a 221 on Metallic Alex to clinch the Classic Mid Level Amateur Championship and another $2,798.

Margot Hazell put together a 219 on Hesa Riviera Cat to take home the Reserve title and $2,294.

Tee Worley and MK Tim marked a 218 in the Classic Limited Amateur to claim the Championship and $1,250.

To view full results for the 2019 Cotton Stakes, visit https://cottonstakescutting.com